More than 9,000 retired soldiers have responded to the U.S. Army's call for retired medical personnel to assist with the response to the novel coronaviruspandemic, as hundreds of active duty soldiers deploy to support Army field hospitals in New York and Seattle.

Earlier this week, the Army sent a notification to more than 800,000 retired soldiers to gauge their willingness in returning to service in a volunteer capacity. In a Pentagon briefing on Thursday, Army Chief of Staff Gen. James McConville called the initial response "very, very positive. 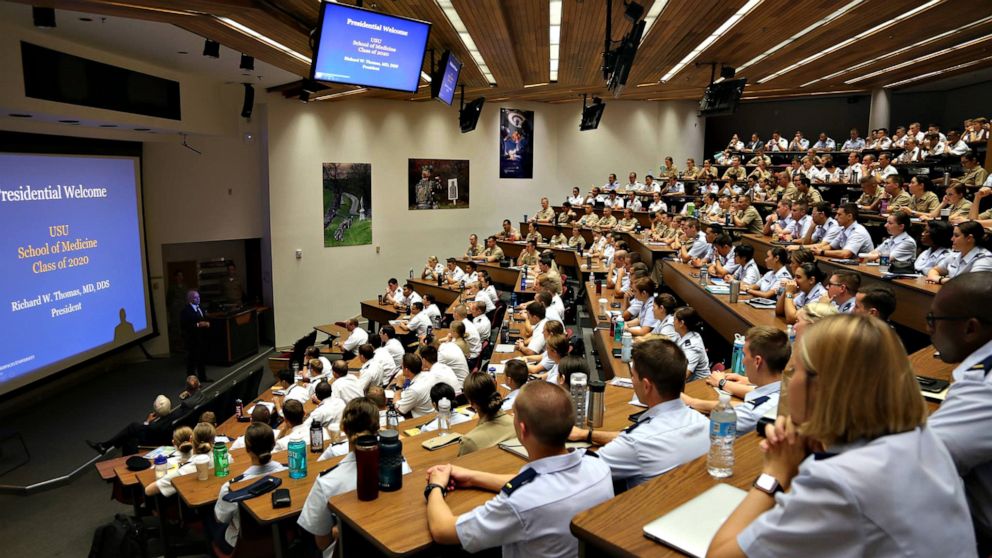 Army Surgeon General Scott Dingle told reporters that these volunteers will "fill those holes" in military medical treatment facilities across the nation where some staff are now deployed to field hospitals, leaving vacancies in their traditional assignments.

"What we'll do is even though we get many volunteers, we then will walk through the process of certification, making sure that all certifications and credentials are straight," Dingle said. "Then once we do that, we will plug them into all of our medical treatment facilities as required in support of the mission."

The 531st Hospital Center out of Fort Campbell, Kentucky and the 9th Hospital Center out of Fort Hood, Texas -- roughly 650 personnel in total -- will arrive in New Jersey on Friday. They will be located at the Javits Center in New York City, which is being converted into a temporary hospital for non-coronavirus patients in order to take the pressure off city hospitals -- which are better equipped to treat infectious disease. The Javits Center is expected to be operational on Monday, McConville said.

The 627th Hospital Center from Fort Carson, Colorado will deploy to Seattle, where an advance team is coordinating with state and local authorities to determine where a temporary hospital could be established there. McConville said possible locations include CenturyLink Field -- home of the Seattle Seahawks -- and a state fairground.

"This extraordinary challenge requires equally extraordinary solutions, and our retired Army healthcare professionals have shown that they are capable of providing the highest level of care while operating under constantly changing conditions," the Army said in a statement on Thursday. "This information request will no way interfere with any care they may be providing to their communities, is for future planning purposes only, and is completely voluntary."